The Daikin brand has been a player in the world of HVAC for more than 90 years. Today, Daikin is one of the top manufacturers of heating and air conditioning equipment, from mini-split systems to AC units. If you know HVAC, then you know Daikin.

So, what’s their secret? It isn’t just that Daikin has great products. It isn’t even that they’re so innovative. It’s also the philosophy that drives the company. Its brand has always stood for something special and unique. In fact, that has been true since its first year in business. When you buy products from Daikin Tucson, you’re becoming part of that saga.

Daikin’s story begins in 1951. That year, it became Japan’s first manufacturer of packaged air conditioning systems. And that was just the beginning! Daikin has continued to build on every success since. Over the years, it has earned a reputation as one of the industry’s top innovators. Its reputation is as strong as ever today. 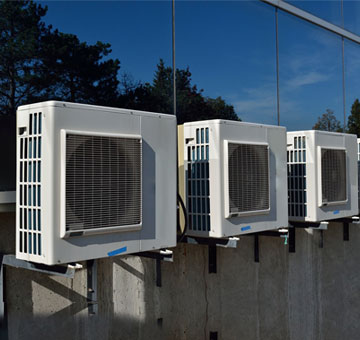 At every step of the way, Daikin has been willing to experiment with new methods and materials to better serve their customer base. Today, the company is known for balancing global with local concerns. Its business model allows employees to contribute their own ideas. That’s just one reason it continues to thrive.

Above all, Daikin works to create new value for all of its customers on a regular basis. That continues every year, as the company expands and improves its product base. Whether you’re a contractor or a consumer, you can benefit from Daikin’s approach to business. That’s why the Daikin Difference continues to matter!

In 2014, Daikin acquired Amana, a brand that has been all but synonymous with innovation for decades. It’s not hard to see why. Amana was founded in 1934 as a company that made beverage coolers. Eventually, the company introduced the cold storage locker, which became widely popular in restaurants, grocery stores, and convenience stores. The company began producing air conditioners in 1954, and went on to manufacture many more high-quality appliances.

Today, Daikin is as innovative as ever. From air conditioners to heat pumps, their energy-saving products are perfect for any household. In addition, since it was bought by Daikin, Amana’s products have always been made in the U.S. That’s just one more reason why you can be proud to use them.